"Gibb's musical career began when he formed the Bee Gees with his brothers Barry and Maurice in 1958.

The group is among the biggest-selling groups of all time with hits spanning six decades including Stayin' Alive, How Deep Is Your Love, Massachusetts and Night Fever."

"The Bee Gees' song catalogue, which includes Massachusetts, I've Gotta Get A Message To You, Lonely Days, How Can You Mend A Broken Heart, How Deep Is Your Love and Stayin' Alive, led to their induction into both the Rock and Roll Hall of Fame and the Songwriters Hall of Fame."

"Although he looked and sounded like the meekest Bee Gee, Robin grew into the family rebel. By 1969, he and Barry were feuding over whose song should be singles, and Robin, then 20, was declared a 'ward of the state' by their father when his drinking and partying seemed to take over his life. 'It happened so fast that we lost communication between us,' Gibb later recalled. 'It was just madness, really.'

But it was also Robin who, in 1971, made the first call to Barry to reunite with his brothers. Robin's solo career had stalled, and Barry and Maurice's attempts to continue the Bee Gees as a duo had floundered as well. 'If we hadn't been related, we would probably have never gotten back together,' Robin said at the time. Robin's voice was heard, beautifully, on the chorus of their minor 1972 hit 'Run to Me.'"

"It's hard to imagine clearer proof that Gibb and his fellow Bee Gees, older brother Barry, 65, who survives him, and Robin's twin Maurice, who died at 53 in 2003, have carved a place for themselves in popular culture more lasting even than their long-lasting band. Yet in interviews the siblings often seemed defensive, as if their achievement and legacy might still be challenged."

"With brilliant smiles, polished funk and adenoidal close harmonies, the Bee Gees - Barry, Robin and Maurice Gibb - were disco's ambassadors to Middle America in the mid to late 1970s, embodying the peacocked look of the time in their open-chested leisure suits and gold medallions.

They sold well over 100 million albums and had six consecutive No. 1 singles from 1977 to 1979. They were also inextricably tied to the disco era's defining movie, 'Saturday Night Fever,' a showcase for their music that included the hit 'Stayin' Alive,' its propulsive beat in step with the strut of the film's star, John Travolta." 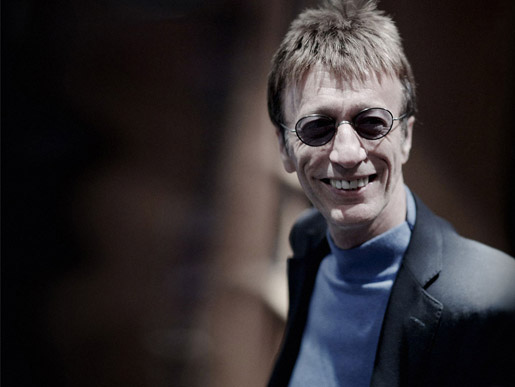